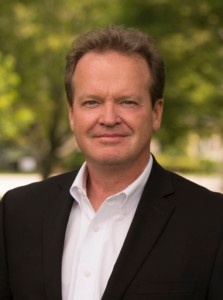 The solar energy industry in the US is facing an existential threat. Solar energy developers, installers, investors and manufacturers have been anxiously awaiting a decision by the International Trade Commission (ITC) on a suit that was initiated by two bankrupt solar panel manufacturers - Suniva, Inc. and SolarWorld Americas, Inc. - who are seeking damages in the form of high import tariffs and quotas limiting the import of Chinese solar panels. On September 22nd, the ITC ruled in favor of Suniva and SolarWorld and found “injury”.On October 31st, the 5 ITC commissioners released a range of potential remedies and will make a final report to the President by November 13th.

The preliminary ITC recommendations have given the solar industry a glimpse into what the potential effects could be. The more severe options (those with high tariffs and low import quotas) could dramatically increase the costs of solar panels and severely depress solar energy markets across the nation; effectively throwing a wet blanket on the vibrant solar energy industry and threatening 374,000 US jobs.

In deciding the most appropriate course of action for potential remedies, the ITC and ultimately the President, are required by law to ensure that the economic benefits outweigh the costs. Although it is important to protect US manufacturing, in this case we need to recognize that the companies that filed the suit are both majority owned by foreign entities and are no longer operating. Draconian tariffs, as articulated by some of the more severe recommendations proposed by the ITC, could cost the industry tens of thousands of jobs. Indeed there are currently no major solar panel manufacturers in the US that would benefit from the tariffs and quotas, but there are many other domestic manufacturers of other solar components such as inverters or racking systems that would be hurt by a slowdown in solar installations - not to mention the thousands of installation workers that would undoubtedly suffer layoffs.

Of the options floated by the ITC, Commissioner Meredith Broadbent has put forward the most thoughtful set of remedies. Recognizing that more harm than good could can come from severe import restrictions, she has suggested a reasonable balance that better reflects the current market realities, along with more creative options such as import license fees that would aid US manufacturing companies and allow them to compete with foreign panel suppliers.

Closer to home, the solar energy industry has become an important part of the Massachusetts economy, employing over 14,000 workers and representing $4.7B in investment. Both the legislature and the Governor’s Office (former and present) deserve credit for creating solar energy policies that have provided flexibility to adjust to new market conditions. This has produced a stable growth environment that has created thousands of good jobs and has allowed energy consumers to save money and reduce emissions.

Governor Baker was one of four Governors who asked the ITC not to impose tariffs, joining 27 solar equipment manufacturers, 16 US Senators and 53 members of the House who requested the petition be thrown out. No matter the outcome of the ITC case, we value Massachusetts’ forward-looking vision and hope that our Federal Government has the same foresight or the rest of the industry and country will likely pay the price.