At Solect we are proud of the role we can play in empowering small business to take control of their energy expenses, turning them into a way to remain competitive in today's increasingly aggressive business climate. As a company that requires a great deal of electricity to operate their digital copiers, inserters, folders and presort equipment, JLS was looking for a way to reduce their energy costs. The 98-year old mailing company has been successful by taking advantage of every opportunity to stay competitive in the marketplace. When JLS started to explore solar energy as a solution to their ever-increasing electric bill, they realized its potential to provide more than cost savings. 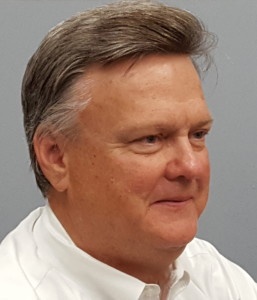 “This was our Moonshot,” explains Jim Clark, President of JLS Mailing Services. “We never imagined it would take so long and involve so much luck and perseverance, but we did it!”

A full eighteen months after JLS first sat down with a solar contractor and sketched out a roof mounted PV (photo voltaic) solar grid, the system was finally ready to go live. JLS Mailing Services is a 98 year-old company owned by Clark providing premier presort, digital print and mailing services to all New England states and beyond. During peak demand months JLS would see its electric bills climb to $17,000 to power its well-equipped 100,000 square foot building. With an annual electric bill of over $134,000 JLS had an urgent desire to take a more radical approach to staying competitive.

Being a small company JLS didn’t have free resources to burn in developing a full RFP process for a solar array. It did the next best thing which was to begin to work with a local commercial solar contractor in order to develop a rough order of magnitude (ROM) for the project then to invite in two other well-known solar contractors to bid against the exact same parameters. In the end JLS chose Solect Energy Development of Hopkinton, MA. The project outline would produce 536kW, generated by 2066 roof panels fed through a 500kW inverter channeling energy through a net meter connected to the local electrical grid. When JLS over-produced power it would bank the excess with the electric provider, and would drew down from that bank in times when the solar array was less active. The total price tag for the project was $1.26 million. In the end JLS chose to award the work to the local contractor based on their excellent credentials, and success with projects for area universities, museums, and other similar corporations. A significant advantage for JLS is that it had an on-board special projects person who was an experienced Project Manager who would take total control overseeing the myriad details of this massive endeavor.

In the fall of 2014 JLS had expectations that ground would be broken before the year’s end. In truth, the next several months were spent wrapping up financing and lining up multiple parties for a closing date. JLS’ primary banking partner was not familiar with the growing solar industry and expressed reservations. JLS was referred to Commerce Bank who knew the unique financial requirements of the solar industry. JLS needed their special expertise. JLS consulted on many occasions with its own accountants, first assessing liquidity, and then gauging tax appetite for Federal Tax allowances since that would serve as a major financial incentive.

JLS held back on making a firm commitment on the project until it perfectly understood the return on investment still being mindful that time was working against it. In JLS’ home state of Massachusetts, commercial solar projects needing to interconnect with the electric grid are highly regulated so as not to exceed a set annual cap of new commercial solar tie-ins. The state also provides an economic incentive through what is called the SREC II program. This program allows commercial solar producers to earn solar renewable energy credits (SREC’s) for every Megawatt of production. The SRECs are then available to be sold at quarterly auctions. Each SREC had an auction value of about $270.00. It also was understood that the State’s SREC II program would be sunset in the not too distant future. In order for JLS to maximize its financial position JLS need to have the opportunity to tie-in quickly before the Cap allowance was filled; have as much capacity to take the Federal Tax credit; to be eligible for the SREC II program; and to be able convert all of our SREC auction credits to cash. Financially there was much more at stake that just reducing our monthly electric expenses.

Through the first quarter of 2015 JLS worked with its financing partners at Commerce Bank and were offered a loan package that included a loan portion from the SBA. Each institution employed its own set of application criteria. More than just filling out forms JLS found itself hiring experts to complete several different environmental impact studies and independent proofs of guaranteed energy savings.

A closing date for financing was set for June 2015. “But we could see all of the stars lining up for JLS, says Jim Clark. We had financial backing for a 622 Megawatt solar system that would cover 80% of our electric costs; a 100,000 square foot unobstructed flat roof with a relatively new membrane; full appetite for maximum federal tax credits; access to the state SREC program; and time to apply under the electric grid Cap allowance for new tie-ins.” In all JLS projected that the JLS solar project would conservatively have an ROI of 7 years with a system life span of 20 years. But more good news was on the way.

The closing date was pushed back several times through the summer or 2015 as closing attorneys added their fine touches to the agreements. The final closing was held in August, 2015. At the closing, company President, Jim Clark, was presented with a bound volume of the closing documents that measured 6 inches thick! Construction on the solar system commenced in earnest in late September 2015 and continued through December. Much of that time was spent with workers dropping in the inverter, pulling cables in to the building, hooking up car charging stations, installing panels on the roof and installing the net electric meter.

An unexpected bonus came to light when JLS was informed by its regular electrical contractor that energy savings grants were available from the state for upgrading to more energy efficient electrical systems. The two grants that JLS qualified for was first, converting the entire production area’s four foot fluorescent tube lighting to LED fixtures, and the second was for changing out an aging commercial compressor for a modern, more energy efficient model.

The JLS solar system came to life in February of 2016. Combined with both grant extensions for LED lighting and the new compressor, the reduced electric demand meant that the new solar system would in fact provide power equal to JLS’ annual revised demand. JLS was now 100% powered by the sun!

Since JLS went solar they have operated eight straight months with zero electric bills. JLS has additionally earned more than $140,000 in solar credits for a total in avoided costs of more than $250,000. The recalculated ROI now stands at 5 years.

JLS customers love the story and always give positive feedback. How often can you find a nearly 100 year old company in a very mature market taking such a giant step forward with renewable energy technology? “Yes, it was a difficult and risky journey, but one we would gladly take again if necessary”, says Clark.