Why MA is Among the Most Solar Friendly States in the U.S. 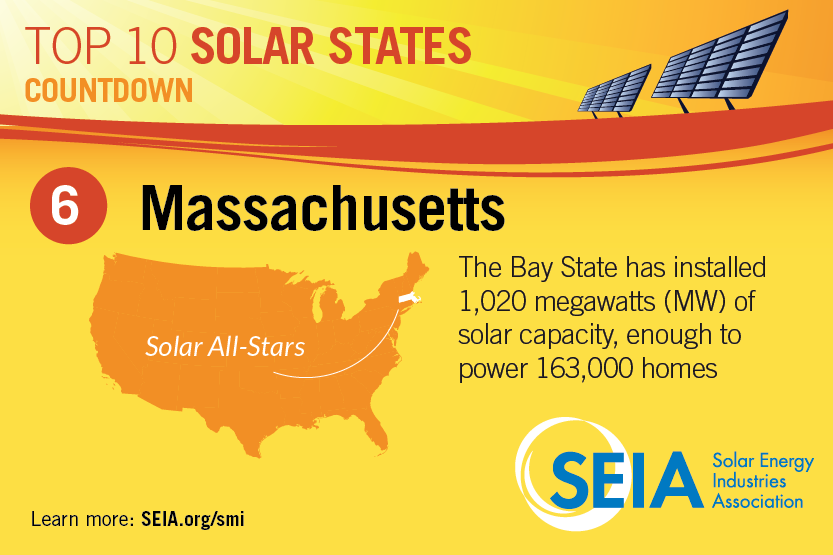 Why MA is Among the Most Solar Friendly States in the U.S.

Massachusetts’ solar market is influenced heavily by progressive solar policies including net metering and incentives such as Solar Renewable Energy Certificates (SRECs). One SREC can be earned for every 1,000 kilowatts generated by a business’ or homeowner’s solar PV system. For instance, under the current SREC-II program, SRECs are worth up to $285, depending on the current market. Also, in Massachusetts, net metering accounts for much of solar’s cost-effective benefits to commercial businesses. And while the net metering cap has been raised to address the growing demand for solar, the state is currently grappling with creating a long-term solution to constantly bumping up against these caps.

In addition, organizations like Solarize Mass works with The Massachusetts Clean Energy Center (MassCEC) and the Department of Energy Resources (DOER) in cities including Medfield, Natick, and Somerville to build awareness of solar energy and its benefits. The group works to increase the amount of small-scale solar systems through an educational campaign that is led by volunteers. The organization’s efforts have led to 2,700 residents and business owners in 51 cities and towns signing contracts for small-scale solar energy systems.

The State’s Own Solar Grid Capacity

If solar in Massachusetts continues on its current rate, the state is on track to reach its goal of obtaining 10 percent of Massachusetts’ energy from solar by 2030.

The High Cost of Electricity and a Great Low Cost Solution

In Massachusetts, commercial electricity bills average $525/month [1] depending on the time of year, making electricity rates among some of the highest in the US. With costs like these, people have an incentive to switch to solar, which would ultimately save them money in the long run.

Under net metering regulations, if you generate more energy than you are using, that excess energy is “sold” to the grid, enabling you to collect a credit from your utility company for the energy that you contribute. Traditional utility costs can be unpredictable and especially high in Massachusetts, so many have made the switch to solar in order to stabilize and reduce energy costs.

Massachusetts is expected to install 2,430 MW of solar capacity over the next five years, which is more than three times the amount of solar installed over the past five years.  With production like this, it’s likely Massachusetts will maintain its status as a solar powerhouse, helping to cut costs for consumers, make businesses more competitive and cutting down on fossil fuel use, which is critical to the planet’s future. That’s a win-win-win for the Bay State and its consumers.
[1] http://www.electricitylocal.com/states/massachusetts/boston/