"The estimate Solect prepared for my projects has been very accurate- we are producing 75% of our electricity from our array! I also switched from a National Grid contract to a month-to-month electric plan at the same time- based on kilowatt hours used, the decision works, and the results have been great!" -J.P. Sullivan’s Ned O’Neill 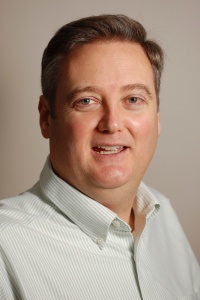 Joseph P. Sullivan & Co., Inc. is a family-owned packer and shipper of local apples grown in New England and Eastern New York. At their Ayer, MA facility, employees wash, sort, apply stickers and box apples for distribution. Much of the company’s electricity use comes from refrigerated storage, which keeps apples fresh for months after they are picked. As a company focused around apples, J. P. Sullivan already benefits significantly from the sun, but to reduce their electric and operating costs, the company decided to pursue a solar solution with Solect.

J.P Sullivan turned on the first phase of their solar PV system in early April, 2014. Since then, the company has been reaping the benefits of solar energy, and even installed a second system in 2015. We sat down with solar veteran and owner of J.P. Sullivan, Ned O’Neill, to get his insight into the solar process.

Why did you make the decision to go solar?

Going solar just made financial sense for my company, and personally I liked the idea of doing my part to reduce the need for foreign oil.

Why did you choose Solect as your solar partner?

I had been approached by solar companies before but the numbers hadn't made sense. Then I received a call from Solect with a follow-up email that contained detailed information regarding a solar installation on our property. That got my attention- Solect was already better prepared than the last company.  I agreed to meet with Scott Howe, Senior Vice President of Sales at Solect, and he had all the answers. Solect’s turnkey approach and attention to detail sold me.

How do your energy costs from before you went solar compare to those after going solar?

The estimate Solect prepared for my projects has been very accurate- we are producing 75% of our electricity from our array! I also switched from a National Grid contract to a month-to-month electric plan at the same time- based on kilowatt hours used, the decision works, and the results have been great!

What has been the best part of your solar experience?

Can you tell us a little bit about how going solar has changed your company from a business perspective?

We did feel buying the system was the best thing in the long run. In the short term that has meant taking on debt but we are chewing that up pretty fast with the sale of SRECs and our energy savings.

Did going solar encourage you to pursue any other “green” initiatives?

We did work with National Grid to replace all our lights with more efficient models, and adopted fan cycling for our refrigeration.

What was the most difficult aspect of going solar, and how were you able to overcome it?

We have an older physical plant with three buildings and nine roofs. We had two different electrical services - one of which was very old - and we were in an electricity contract with National Grid. Solect was able to guide us through each issue and deal with all of that.

What advice do you have for business or property owners looking to go solar?

If an apple packing company in Massachusetts can do solar on 65 year old buildings and cover 75% of their electricity, then anyone can!