As 2016 comes to a close, we are looking back on all of our milestones over the course of the year. Although there have been many successful partnerships and numerous achievements, a few memorable ventures certainly stood out that were richly significant to Solect, the businesses we’ve partnered with and the environment. Here are five highlights from 2016.

Several months ago, we announced the launch of our Solar Service program, which offers an array of operations and maintenance services. Solect has always been responsible for the maintenance and management of the solar systems it designs and builds, but this marked an extension of these capabilities to offer a number of new solar maintenance services to any commercial-scale installation in the New England area. Services include preventative and corrective maintenance, solar performance monitoring, SREC management, and net metering management. At Solect, we understand the need for solar arrays to be maintained on a routine basis in order to generate the projected return on investment—and our insight has helped us manage a number of solar installations to date under the rapidly growing program.

Expansion into Rhode Island and Connecticut 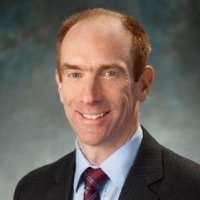 On March 29, we announced that we would be expanding our business into the state of Rhode Island. Since 2009, Solect has operated as a solar developer, installer and services provider in Massachusetts, and has completed a number of installations in Rhode Island. Starting in March, we took the official next step in pursuing projects in the Ocean State as a licensed RI solar provider. The solar market in the state continues to grow, and expanding into RI was a common sense decision for Solect that has created many successful opportunities for our business thus far.

Additionally, Solect has recently announced it will be expanding its business into the state of Connecticut. At the forefront of the expansion will be Kent McCord, recently hired as Director of Business Development at Solect Energy. He is stationed in Granby, Connecticut, and has 15 years of experience in the fuel cell industry. Connecticut has seen tremendous growth in solar energy over the past four years and is projected to continue that growth, making the sate a great market for Solect.

On June 9th, Solect and Thoreau Farm, the birthplace of Henry David Thoreau, held a ribbon cutting to celebrate their partnership for the installation of a seven-kilowatt (kW) solar energy system on Thoreau Farm’s Concord, MA property. Solect donated the installation and currently owns the system, donating the power to Thoreau at no charge. A decade ago, Thoreau began implementing plans to rehabilitate and renovate the 18th century farmhouse, and the solar installation represented its newest chapter in its sustainability efforts. We were proud to bring this historic museum into the 21st century and enable it to evolve with the times while still representing a notable landmark of Concord’s past.

Another summer partnership was with Cerebral Palsy of Massachusetts (CPMA), a nonprofit agency dedicated to providing rehabilitative and related services for children and adults. Solect installed a 109 kW solar energy system on the roof of CPMA’s Stoughton location, and the array covers about 50% of the organization’s annual electricity use. It was exciting to work with CPMA knowing that the benefit would be so great for the organization—with the amount it saves in energy costs, CPMA is able to put those thousands of dollars toward furthering its mission. It was incredibly rewarding for us to work with CPMA and help its staff increase funding for such an important cause.

Solect partnered with North Atlantic Corporation, one of the largest millwork distributors and custom manufacturer of windows, doors, kitchens and stairs to the residential and commercial markets in New England. We installed a 1,551 kW solar energy system on the roof of its Somerset location—the biggest solar installation Solect has completed to date—and the array covers about 90% of the company’s annual electricity bill. North Atlantic recently completed a 45,000-square-foot addition to their manufacturing facility, which was ideal timing for the solar installation as it has—and will continue to—offset the company’s steeply rising energy demands.

Earlier this month, Solect partnered with Upper Cape Cod Tech (UCT), a public vocational-technical high school in Bourne, MA, and Green Seal Environmental of Sagamore Beach, MA to develop and install a 663 kW solar canopy in the school’s existing parking lot. The solar array became a reality for the school thanks to a 20-year Power Purchase Agreement (PPA) with Solect, enabling the school to avoid up-front capital expenses and see substantial cost savings. In addition to powering the school, the Bourne Rec Authority will also be drawing power from the solar system, providing meaningful savings to both organizations.

Solect is proud to look back on 2016 and appreciate the positive impact each of our milestones has made over the past twelve months. As we saw continued success this year, we know there is much more to come with new partnerships and announcements already lined up for the New Year. Until then, we wish everyone a happy holiday and New Year, and are excited for what will come in 2017!