Solect Energy and SolarFlair host the Metro West Clean Energy Summit to address pressing issues with policy leaders, business executives and community members as the future of the Commonwealth’s significant solar industry hangs in the balance

Hopkinton, MA – September 15, 2015- Solect Energy, a Hopkinton-based full-service commercial-scale solar company, and SolarFlair, an Ashland-based solar installer, partnered together to co-host the Metro West Clean Energy Summit on September 3, 2015 to discuss the impact of the net metering cap on the solar industry with policy leaders, business executives and members of the community.  The net metering cap has been hit in territories powered by National Grid, which is the primary electric utility provider in the Metro West region, significantly impacting and stalling much of the commercial-scale solar energy development in this area. The partnership between Solect and SolarFlair underscores the urgent need for both a short- and long-term solution to keep the solar industry thriving in the state.

“Although we are competitors, partnering with SolarFlair was a no-brainer as we both saw a pressing need to bring together our local elected representatives, customers, and members of the business community to discuss the impact of the state’s net metering cap,” said Ken Driscoll, Founding Principal of Solect Energy. “Every day we fail to raise net metering cap, the solar industry loses an estimated $3 million in project investment, $1 million in federal Investment Tax Credits and 5-10 jobs. The stakes are high, and in order for solar to continue to grow in Massachusetts, we must first lift the cap and then put a predictable policy in place to help maintain sustainable growth for companies that employ hundreds of people and serve nearly a thousand businesses across the state.”

The Summit featured a panel that included Massachusetts State Representative Carolyn Dykema and representatives from State Senator Karen Spilka’s office in addition to key community leaders and lenders, who came out in support of lifting the cap. As of August 2015, Massachusetts has installed more than 903 megawatts (MW) of solar energy and increased solar installations by a factor of 200 since 2006. In addition, Massachusetts is the second largest solar employer in the nation with more than 377 solar companies at work throughout the value chain in Massachusetts, employing 9,400 people. The numbers show that solar is significant for economic development throughout the state, but with the net metering cap hit in National Grid territory – over 70 MW of projects are currently stalled representing $200 million of economic opportunity that is currently in jeopardy.

“SolarFlair has been fortunate to be able to grow our business throughout Massachusetts by providing businesses and homeowners alternative energy solutions that meet their needs,” said Matt Arner, President of SolarFlair Energy. “Net metering and other incentives in place to develop the solar industry do not cost the Commonwealth excessive amounts of money, and without this short term solution we will be taking 10 GW of non-renewables off the grid in the next few years. Lifting the cap in the short term will keep solar development moving while we work to develop more sustainable long-term solutions.”

Together, Solect and SolarFlair have installed and contracted more than 50 MW of solar, encompassing 900 projects and significant cost savings for customers. Net metering provides these customers with the certainty they need to invest in the project and move forward with it while also providing more clarity to lenders helping to fund these projects. Lenders need certainty when evaluating a company’s ability to pay back money invested in these solar projects. These factors are key when looking at solar development and the ability for Massachusetts to continue its progress in this industry in the future. 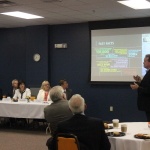 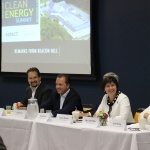 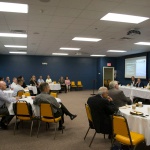 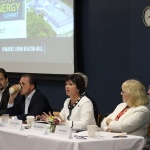