Why Business Owners Should Care About Utility Demand Charges

Why Business Owners Should Care About Utility Demand Charges

A version of this article first appeared in the New England Real Estate Journal on December 6, 2019. 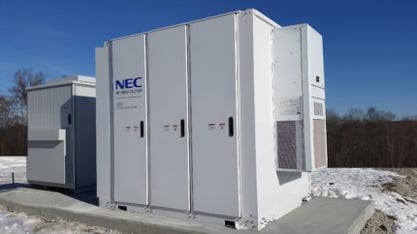 That last benefit is the least understood of the three, but can easily be worth thousands of dollars to business leaders who own their office or other facilities.

Businesses pay the utility for power in two ways. First, they pay for the electricity they consume, which is measured in kilowatt-hours (kWh). Second, they pay a demand charge for their “portion” of the entire utility infrastructure required to meet the grid’s peak demand.

Each month, the utility continuously monitors how much power most of its commercial customers draw from the grid at any given time. Whichever fifteen-minute period represents the customer’s highest demand for electricity from the grid determines the demand charge rate for that entire billing cycle.

Two businesses could consume the same amount of electricity in a month but owe different amounts on their bills, because one has relatively consistent demand throughout the day while the other has dramatic jumps in demand at certain times of the day.

For most businesses, demand charges comprise 30% to 70% of the monthly electric bill, so lowering them can have a substantial, positive impact on your expenses.

Energy storage systems give companies a concrete way to reduce their peak demand and thus their demand charges.

The concept is as simple as demand charges are confusing. Remember the 15-minute period that determines a company’s demand charge rate for the entire month? If that company uses less utility energy during those peak times, replacing it with stored energy, they have lowered their peak demand for the entire month, and that lowers their electric bill.

Utilities often call this “peak demand shaving” but that implies a small reduction. In reality, “slashing” or “lopping off” is probably a more accurate term.

Alternatively, businesses that prefer not to purchase Solar+Storage can still reap the rewards without investing any capital. A qualified, experienced solar developer like Solect Energy can finance your storage system and share the benefits with you.

Similarly, a full-service energy management partner can monitor the storage system’s performance, and enroll the battery into utility or energy market programs like demand response, which can generate significant revenue in addition to the demand charge savings.

All of these storage benefits are on top of the benefits a solar energy system delivers on its own (reduced electric bills, green income and tax benefits). Plus, batteries charged by solar qualify for the same lucrative investment tax credit that has driven so much investment into solar energy.

So an energy storage system is essentially a tool to get you even more bang for your solar buck, while helping you achieve more independence from the utility.